Please be aware that standard post is taking longer than usual for delivery due to Covid-19, so we would advise you to choose the express option if require the products in a hurry

How to Protect Yourself, and your children, from Chlorinated Pools 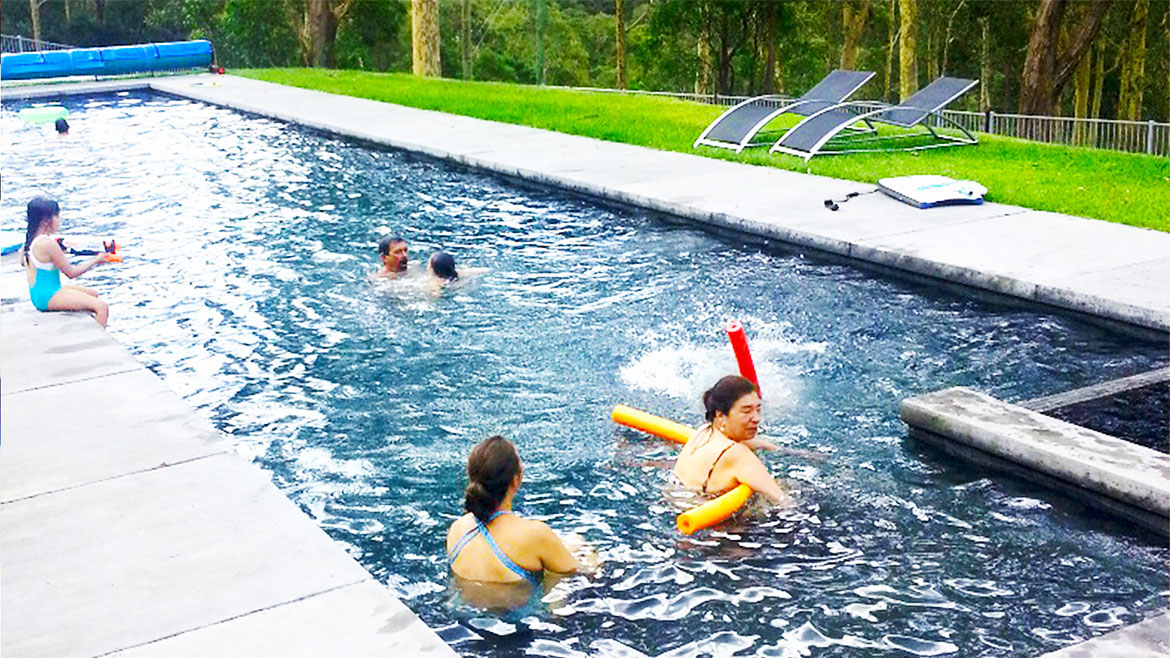 SURF CITY — Authorities say an unstable mixture of water and chlorine caused an explosion inside a southern New Jersey home, injuring the homeowner and a neighbor who came to his aid.

The Asbury Park Press reports 62-year-old Russell Rocca of Surf City was diluting chlorine with water to be used in his hot tub when the mixture became unstable and exploded.

Rocca’s neighbor, 43-year-old John Herrmann, heard the blast and tried to enter Rocca’s home. But the intense chemical odor caused Hermann to become light-headed and unable to help his neighbor. 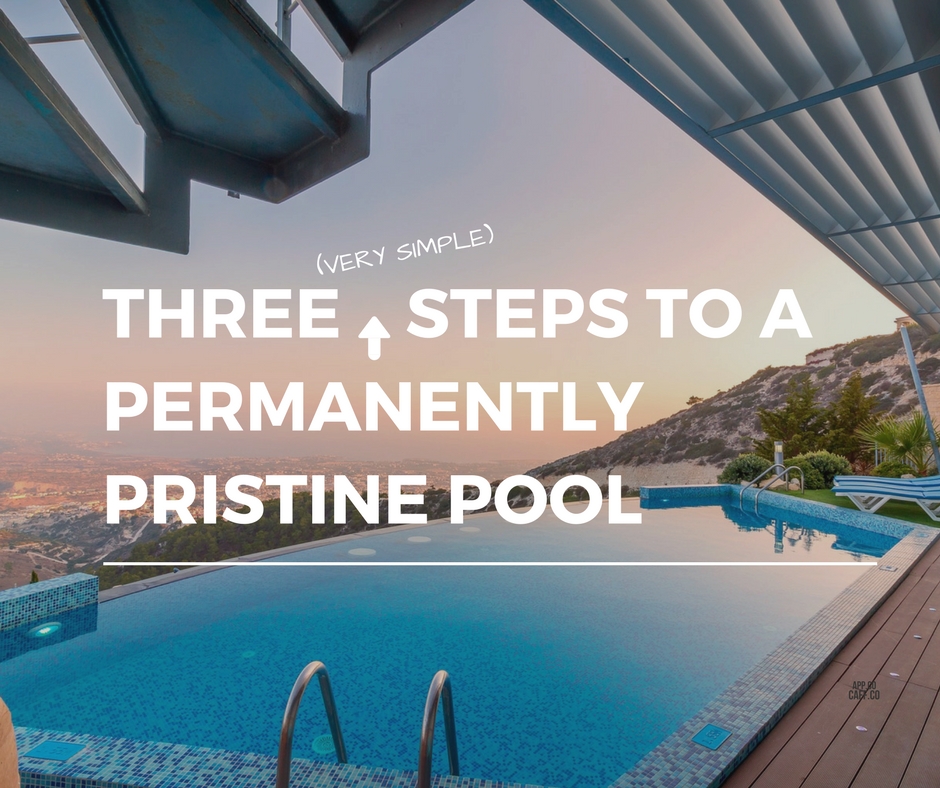 Our team would love to hear from you! Our consultants are ready to assist you at the following times:

This website and its content is copyright of Bioniser Pty Ltd – © Bioniser Pty Ltd 2008. All rights reserved. Any redistribution or reproduction of part or all of the contents in any form is prohibited other than the following: you may print or download to a local hard disk extracts for your personal and non-commercial use only you may copy the content to individual third parties for their personal use, but only if you acknowledge the website as the source of the material. You may not, except with our express written permission, distribute or commercially exploit the content. Nor may you transmit it or store it in any other website or other form of electronic retrieval system. Terms And Conditions | Privacy Policy

Product Review
Our new bionizer pool is a game changer. After 12 years as a Learn to Swim Teacher it is a treat to spend time in our pool and not smell like chlorine. The Fresh Water Pool is always inviting.
We choose a bionizer pool system to avoid the use of chemicals. It is so wonderful to eliminate harsh chemicals from our pool maintenance routine.
The support team are always available and ever helpful with any query we have as new bionizer customers.
Our family of 4 children & 3 grandchildren, all mermaids, love the beautiful bionizer pool. They spend all day in there and never stingy eyes or chlorine smells.
So pleased we made the change!

Google Review
We have just been through the third winter with our pool. In January we bought a pHBoss so we now have all three devices. The pHBoss is so good that I have not had to add anything to the pool apart from one dose of buffer since late January. A completely automatic pool! Fantastic! A 31.5 degree pool and we swim in it nearly every morning around 7 am.

Facebook Review
We highly recommend these products and this company for quality and excellent service. We have been investing in the Bionizer System for two years now and our pool has never looked better or clearer. The low maintenance required now has ensured it has already paid for itself. I am especially happy that we feel safe swimming regularly especially with my wife's medical condition and her rehab time required in pool. No more strong chlorine smell can only be a positive and good for you. You will be really happy. Do it

Product Review
I use my pool every day summer and winter. I am running the Bionizer unit, Eco oxidiser and PH Boss -55,000L pool with glass filter. My pool has never look better since installing, I love that fresh water feeling. Keep your water balanced and let Bionizer do the rest, best investment I have made for our pool.

Product Review
When my saltwater chlorinator failed after only 3 years, and the second saltwater cell in 3 years failed at the same time, not surprisingly my pool went as green as your front lawn! I thought there has to be something better than this so I did some online research and stumbled across Bionizer's website. I thought this sounds to good to be true. I did lots of research and spoke to Brian whose knowledge about pool water is second to none! Although it was virtually double the price than replacing the saltwater chlorinator and cell, I was attracted by the claims of the virtual eradication of chemicals and significantly less pool pump use which saves in electricity costs. I was also attracted significantly to the claims around the quality of the water with no chemicals in it and the benefits to skin and health of swimming in what would apparently be like drinking water. I bit the bullet and bought the Bionizer complete with the Eco-oxidizer and the PH Boss.

It took about 2-3 weeks, around 50 litres of liquid chlorine, a couple of phone calls and lots of advice and guidance from Brian and a lot of consistent perseverance but we eventually got the pool water balanced and cleared and now it is crystal clear. The Bionizer was installed around mid January 2021 so for the last few weeks, the pool has been clear and looking wonderful. I have done next to nothing since except test copper levels each week and ensure the water remains balanced and that's it! I've not had to do anything else and the claims are true!!

As someone who suffers from chronic urticaria (hives) and other allergies, swimming in chlorinated water was doing nothing for my skin or allergies. Now I get out of the pool and my skin is not irritated. There is no more trademark tackiness of your skin that you get with chlorinated water. This system is simply fabulous!! I am delighted with the results and would strongly recommend it to anyone who wants to kiss goodbye to all those awful chemicals, the endless trips to the pool shop for water analysis, the ever increasing costs of all the chemicals and the hours spent labouring trying to keep your pool water from going green!

Do yourself and everyone who swims in your pool a huge favour and install the Bionizer system. I'm sure you will conclude it will be one of the best decisions you ever made!!!

Google Review
We first bought a Bionizer at the start of 2019 to try it and recently also bought the Eco Oxidizer to take our commitment to the next level because we were so happy with our purchase. We were astounded at how little maintenance our pool has needed since we added these quality products to the upkeep of our pool. The initial outlay has already paid for itself in full quite easily since.

Visitors even comment on how clean they feel in our pool and they love that there is no chlorine smell on their body or hair. Skin conditions like my eczema are not aggravated and my wife who has MS now feels confident to exercise daily and feel safe about spending all that time in the pool due to the health benefits of using our Bionizer. The pool always looks good and I have attached pictures for you to see for yourselves.

On a personal level the staff at this company are a pleasure to deal with, very caring and compassionate to their customers needs and give excellent service as they are very passionate about health and their products. If you are thinking of investing in these products then you will be very glad you did.
5
Excellent